Re: [ТУРНИР] Финальная Битва - 11
27.01.2018 Dave_HUN (Синий, Инферно, Кэлх, Нагаш) def boovli (Красный, Башня, Аин, Кайри) Spider 121I had many chests nearby and 2 experience stones, so I happily took XP from these for nagash, who got expert earth on day 1. Unfortunately I got greedy and afterwards I had no money for efreeti. I had to beat 46 orcs and 98 master gremlins with weak army and scout heroes, and then one chest gave arti so I could not chain properly. This made Nagash lose all mana because I fought wraiths for gloves, but there was a well on the road to inferno AI. I took his town, then opp showed up at 117 with angel already. Nagash was parked outside town with 2x1 efreet so I was ready to call GG. Then kyrre didnt see me and turned back. I rebought nagash in main town, upgraded efreeti and took a hive for 6 wyvs. On 121 Kyrre took my second inferno town, and left it mostly undefended. Halon reached this town and I decided to chain there and attack. I didnt bring 100 skeletons because they would make my morale -2, and I would have some spare army to work with in case I lose. It was probably the closest battle I've had in years.
https://www.twitch.tv/videos/222857860
Thanks for playing!
__________________

Short, interesting game. Got good map, enough gold, several roads, Kyrre. Mages and giants dwellings. Good support heroes. Boots of speed. Some problems with blocks on the roads. On 116 i take mini conservatory, on 117 clear blocked roads (20+ diamonds for 30 magogs pandora), prepared Kyrre to take inferno computer next turn. Army goes all way back, takes giant dwelling, Jeddit with earth and air clears dwarvern treasuries. The only drawback - to maintain good tempo during the week had to trade quite a few resources on external market.

On the opponent's 117 i see that he took inferno computer, where my Kyrre had prepared to go on 121. One turn before I saw his main hero, Nagash with 5-0-5-4 or smth like that. On 121 I collect some gold, buy the whole army and decide to go to the inferno anyway. With the hope that either I can kill his heores/army on support or be able to defeat Nagash anyway cause of quite a solid army for 121. As a result I only took the town with citadel, killed no heroes. For some reason I decide not to stay in town, but to use smth like 700 movepoints to go out of the town. The plan for the next turns was to go back, clear another direction and to harras the opponent with long-running Kyrre, threatening to take inferno town back in case he retakes it. And to build mage guild in tower.

This going out of the town was rather stupid decision. On 121 opponent took the town back with support hero, hired Nagash there and attacked me with mass slow, 90 dmg arrows and with weaker but substantial army. I didnt have any gold to surrender, so that was more or less a gg for me. And even if I with some miraculous morales had won the battle, I would have had no prospects in the game, while opponent would be able to clear a map without much problems with 100 remaining skeletons and mass slow. TFP!
__________________ 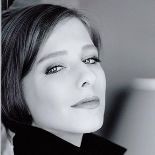 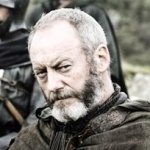